After the recent Presidential elections, Peruvian country risk is situated below the Latin American average (EMBI Latam) of 3.93 percentage points. It fell nine points from the previous session. Peru's country risk closed its last session in June 28 at 2.23 percentage points; adjusted after closing down seven points from the previous session, according to the EMBI Peru estimated by JP Morgan Investment Bank. The countries of the Pacific Alliance reported the lowest risk: Peru with 2.23 percentage points, followed by Mexico (2.31 points) and Colombia (2.84 points).

The Director of Western Hemisphere Department of the International Monetary Fund (IMF), Alejandro Werner, said in a press conference that Peru has adapted its economy in an orderly and responsible way to the environment of lower commodity prices on the international market way, allowing the country to register some positive results.

According to the study “Latin America and the Caribbean in 2016: adjusting to a harsh reality” from IMF, Peru will lead this year's economic growth among the countries of the Pacific Alliance (AP) integrated regional bloc with Chile, Colombia and Mexico.

In turn, the Minister of Economic Affairs of Peru, Alonso Segura, stressed that the figures released by the IMF show that "the process of acceleration of growth is consolidated and this trend will continue in the coming months". He explained that this improvement was achieved because the government took steps, which could generate every month increased production.

Watch the full press conference here: Latin America and the Caribbean in 2016: Adjusting to a Harsher Reality

PROINVERSION: At least 27 projects will be awarded in 2016

The Agency for Promotion of Private Investment (ProInversión) has informed that it has 27 projects in the pipeline to be awarded in 2016, 17 of which sum up to USD 5,996.2 million, while the remaining 10 (a few blocks) are being tested by that agency.

Proinversión said that the Longitudinal de la Sierra Section 4, a USD 340 million dollars infrastructure project, will be awarded during the first quarter of this year. Likewise, in the same period, the agenct expects to allocate the Enery Plant of Quillabamba (Cusco), with an investment of USD 180 million; the LPG supply project for Lima and Callao by USD 250 million and the proposed mass use of natural gas for Central and South by another USD 350 million. 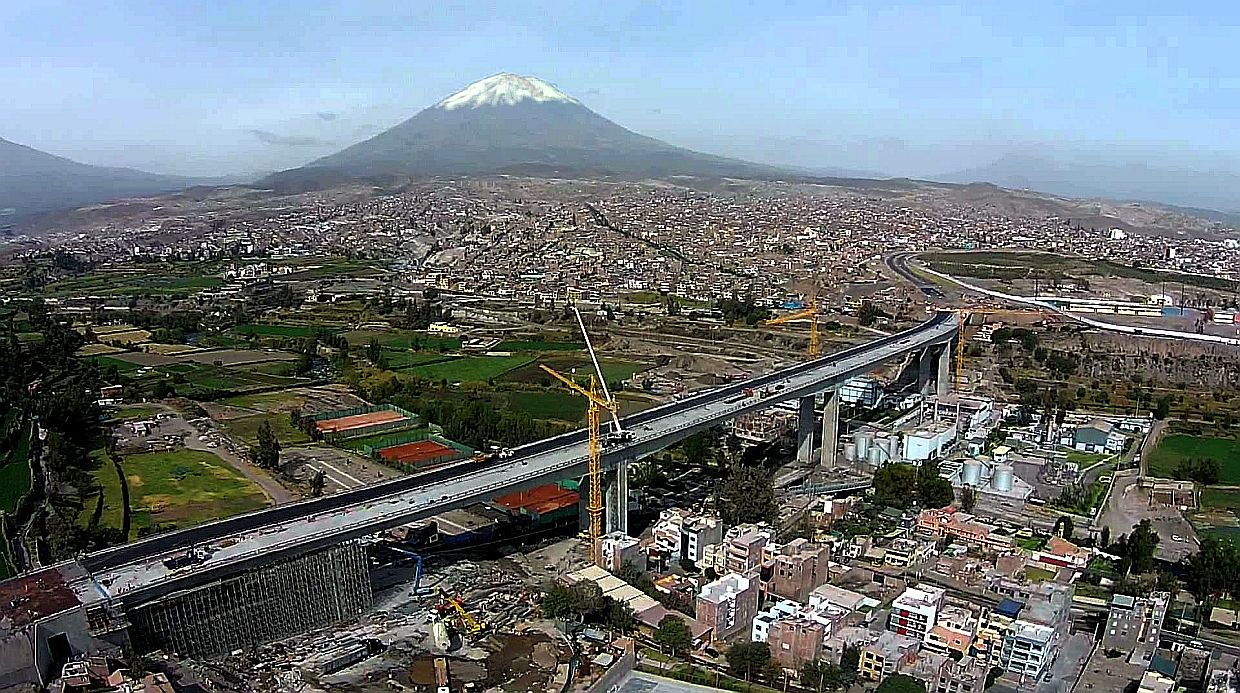 According to a recent report, the regions of Arequipa, Piura and La Libertad are the ones that have used the mechanism “infrastructure for taxes” in their strategy for facilitating investments. According to ProInversión , Southern Peru Copper Corporation , Interbank and Backus are in the list of companies that have invested more money in the country using this mechanism .

The newspaper El Comercio has published a summary (in Spanish) of ten of the largest projects developed under this scheme which you can see following this link.

Utility prices led to a higher inflation than expected in 2015

The Peruvian National Institute of Statistics and Information - INEI, reported an inflation rate of 4.4% for 2015, a figure above the maximum goal level of annual inflation set at 3% by the Central Bank.

According to the INEI, the main responsible for this result were the higher prices of electricity and water. Other items that also contributed were an increase in the sector of food and beverages due to adverse weather conditions production. Likewise, the health sector also saw an increase in prices in some medications such as analgesics, antihistamines, medical services and costs of hospitalization.

" Following a decade of record-high growth, Peru’s economy has remained strong and resilient despite the persistent global uncertainty, thanks to strong fundamentals, supportive terms of trade and sound policy management."